Our challenge was to showcase the depth of Norway as a travel destination; the lifestyle, culture, food and nature.

In Norway, the right to roam has existed since ancient times, and in 1957 ‘Allemannsratten’ (roughly translated as ‘every man’s right’) was enshrined in law. But it’s not just humans that enjoy this freedom. Every summer, over two million sheep are released into Norway’s nature. Here, they are free to graze across mountains, alongside fjords and beaches – some even venture as far as the inner city.

Inspired by this, we enlisted some of the country’s most intrepid explorers to help show us around.

After several rounds of auditions, we identified four of our favourite woolly wanderers and had them share the very best of their various regions; each providing their own unique experience on the campaign’s @SheepWithAView Instagram account.

With Go-Pro’s fastened and a film crew on hand to document their journeys, we curated a series of short videos to showcase the sheeps’ encounters.

To help launch our campaign, we invited a number of high-level influencers to follow and capture the sheep on their adventures. As well as participating in the shoot, they produced and shared their own material and took part in page takeovers, all helping to spread the #SheepWithAView message. 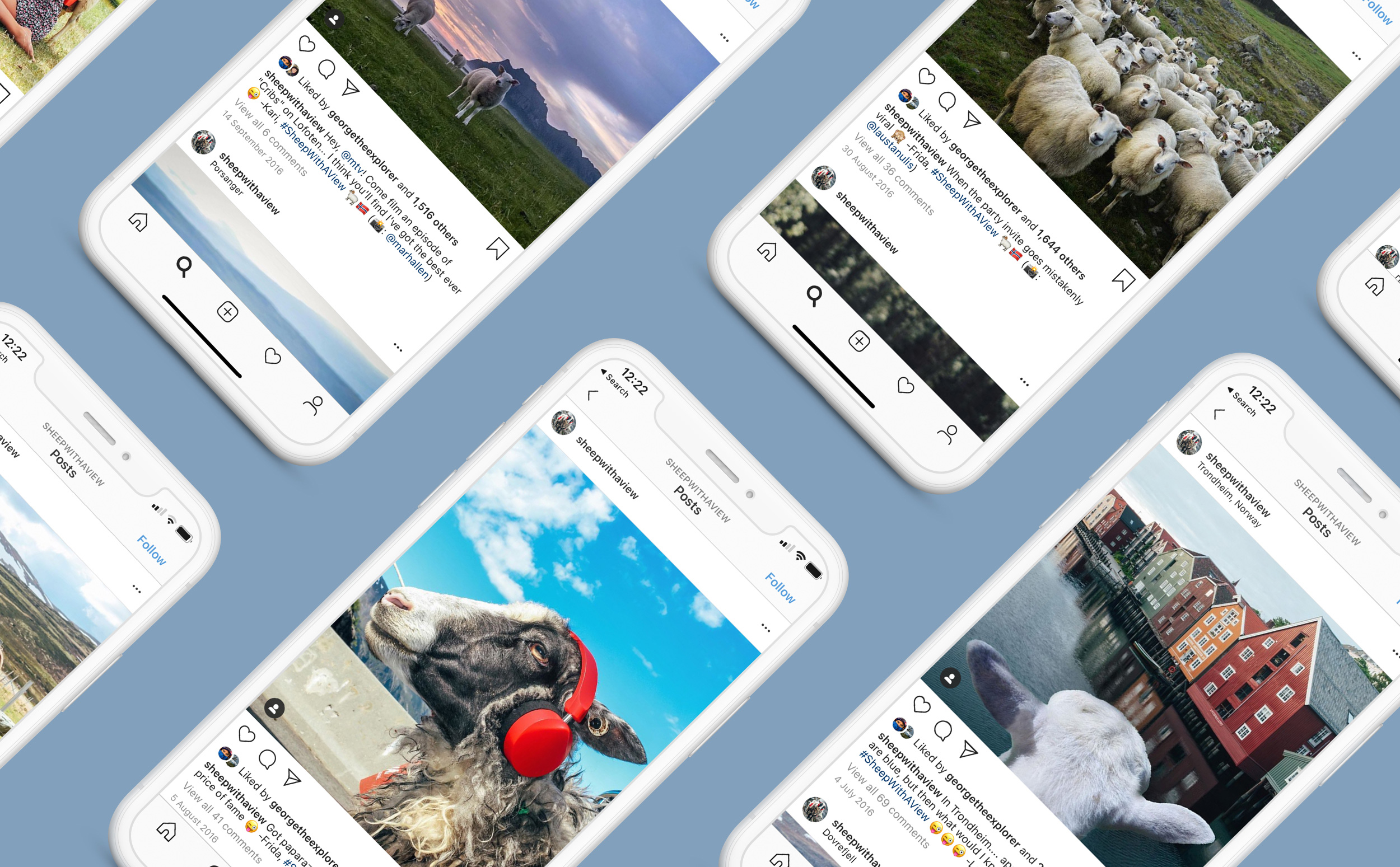 In just three months our sheep reached a global audience of 62m with impressions amounting to more than 87m. Of this number, the campaign received over 820k active engagements, with a total of 54,000 shares across social media. In addition to this, the films were viewed on more than 9m occasions – a figure which continues to rise.

As well as receiving great press coverage, Sheep With A View achieved a 98.8% positive sentiment rating and later collected a number of awards including a Gold at the 2017 Travel Marketing Awards for Best Social Media campaign.

norway has no nightlife

want to work with us?

If your brand sits within the worlds of travel or luxury, or has a strong lifestyle positioning we’d be delighted to hear from you. Hit the button below or give us a call. All enquiries are welcome and we’ll tell you honestly if we think that we can make a difference to your business.